“On Chinese Valentine’s day, the boy wears his alofo’ and invites his lover, Panay, to Cingaroan to see the Misahafay of Pangcah!”

“The boy wears his alofo’ in an imperfect way, so the Pangcah mato’asay teaches him how to wear it makapahay!”

In order to write this tongue twister, I made a great effort to squeeze those phrases of Amis mother language from my brain. Kind of overwhelming now, boy!

Obviously, this tongue twister is talking about the alofo’, the lover’s bag of Amis.

But, back to our concern, how do young people wear an alofo’ beautifully and properly ? How to be makapahay?

According to the Amis from the community Cingaroan in Hualien, to wear an alofo’ in the Harvest Ceremony, one must let the strap of alofo’ goes from right shoulder to left waist. If the strap goes from left shoulder to right waist, it means that the person is holding a funeral at home, which represents a totally different situation!

According to an Amis, when he was young, his alofo’ was so heavy that he switched it to the other side of his shoulder secretly. Soon after, he was blamed by the elders!

Furthermore, if you wore an alofo’ in a wrong side, Amis girls wouldn’t be able to know whether she could tug your alofo’ to show her love – What a tragedy!

So, always keep it in mind that you should wear an alofo’ from your right shoulder. Don’t do it inversely, or the Pangcah Mato’asay will mock at you! 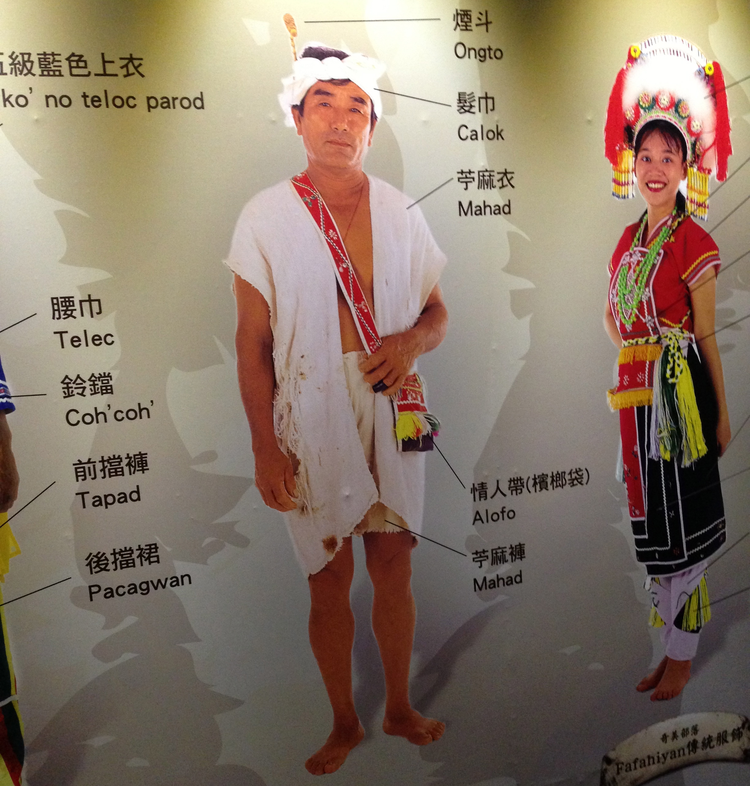 Andrea Tseng, now a pediatric resident in Taiwan, trying to do something different from ordinary life to keep her passion for Taiwanese indigenous culture.