The No. 11 is as busy as the feet of the pedestrians in Wall Street.
The No. 22 is as romantic as the roses held by the couples in Avenue des Champs-Élysées.
The No. 33 is as long as the time that we wait for the Leo meteor shower.
The No. 44 is as sensitive as Landon’s bluest age.
The No. 55 is as happy as the  laughters during the Songkran Festival.
The No. 66 is as generous as the pavilions that we share in Cayamavana!

While a Kuba is a symbol of solemnity, bravery, glory, war, and triumph, representing the most important tradition of Cou,  a hufu is based on their enthusiastic humanity for sharing happiness.

In Alishan area, a community is named Cayamavana, which means “a plain in mountainside” in the language of Cou. Compared to the Large Community, or called Hosa in Cou, Tfuya and Tapangu, there is no solemn Kuba or Men’s Gathering House in Cayamavana, but we can see many pavilions standing for Cou people’s love and sharing for the world!

Cayamavana is a small community with around 500 people
living here, including Cou 60%, Han people 30%, and Bunun10%. In Cou culture, only a Hosa can have Kuba, the traditional institute where Cou dealt with politics, rituals, economy, and other cultural activities. Although Cayamavana community is not allowed to build their own Kuba, they have a lot of hufu (pavilions). The buildings look similarly, but
the functions are totally different: While a Kuba is a symbol of solemnity, bravery, glory, war, and triumph, representing the most important tradition of Cou,  a hufu is based on their enthusiastic humanity for sharing happiness.

Each family has its own hufu, which can be recognised easily by the size, decorations, and styles, and each element in a hufu has its own story.

Before when people passed away, Cou people would bury the bodies in their room like other Austronesian peoples. Their family excavated a space underground and covered the body with stone slabs, and made a fire on top of the slabs for three days and three nights to dry up the bodies. During the period, the family members should watch the fire outdoors, and so they constructed hufu near the house to stay temporarily. Another reason says the Cou build hufus to play or drink in case they would bother their ancestral spirits it they do it at home, where the ancestors were buried underground.

No matter which reason is true, Cou people have a plenty of hufus indeed. This is especially true in Cayamavana, as the 128 families there have built more than 66 hufus! A hufu is just like a small museum because the people like to put their traditional stuffs there, e.g. bamboo baskets, bamboo cups, bamboo ladles, and bamboo bird repellents, etc. Besides, hufu is a public place for chatting, discussing, singing, and dancing. They also share food after hunting at hufu and also we can see some hospitable Cou people hanging their fruits they just picked in a hufu in Cayamavana — Just a greeting of “Aveoveoyu!” and you are free to have some of them, since Cayamavana’s Cou people always say to share what they have with others is some too natural.

Cou people like to build the hufus with woods and Miscanthus floridulus which look as a whole like a natural garden for animals and as a whole has a perfect harmony with the mountains and the circumstances around.

Every Nov, there is a Pavillion Festival in Cayamavana, when the villagers share many delicious fruits and local crops with visitors in the hufus. Next time if you have any opportunity to travel to Alishan, one of the most famous tourist attractions in Taiwna, be sure to taste some of Cou’s hospitality and happiness of sharing in Cayamavana! 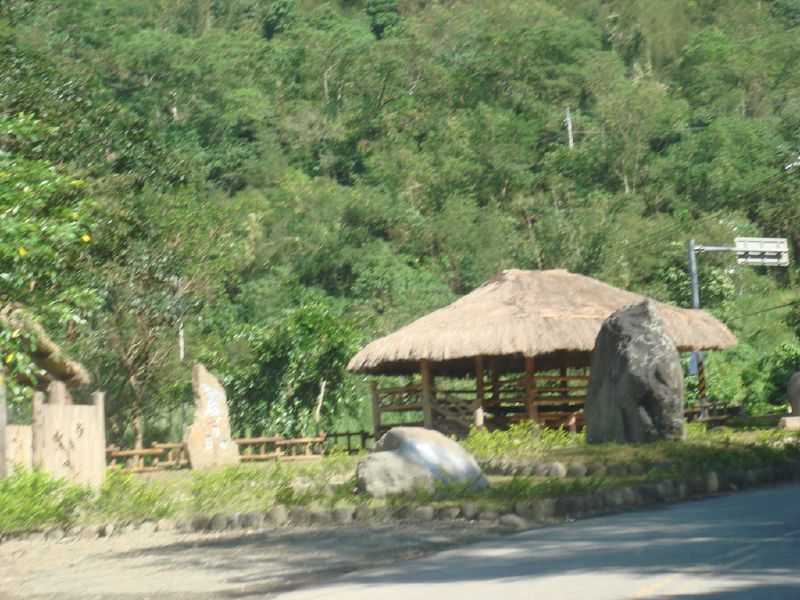